The earth was cracked and troubled in Washington, D.C. If only you’d been listening, you would have decoded the garbled whisperings of Auntie Kay’s rapid decline, a sampaguita wilting, just like your bleeding hearts in summer, hot as morning mouth. Instead, you obsessed over perennials, especially your bleeding hearts. And, you stupidly pinned your success on them. Now their decline signaled a mocking failure.

Formerly a burned out parking lot, your skinny 15×45 patch of manufactured grass served as an urban backyard. Belying appearances, this defiled earth hid scars of the past that now threatened to slice up your hands. Your gardening gloves mostly shielded you from the harmful objects—glass, rusty metal, bullet casings, and ground-up concrete. Undaunted, you imagined Eden could be realized in one growing season under your coaxing, a remarkable, almost impossible, feat for a veteran gardener. Unluckily, you were an amateur. Unluckily, there was a drought that year. Unluckily, it was Auntie Kay’s final summer. 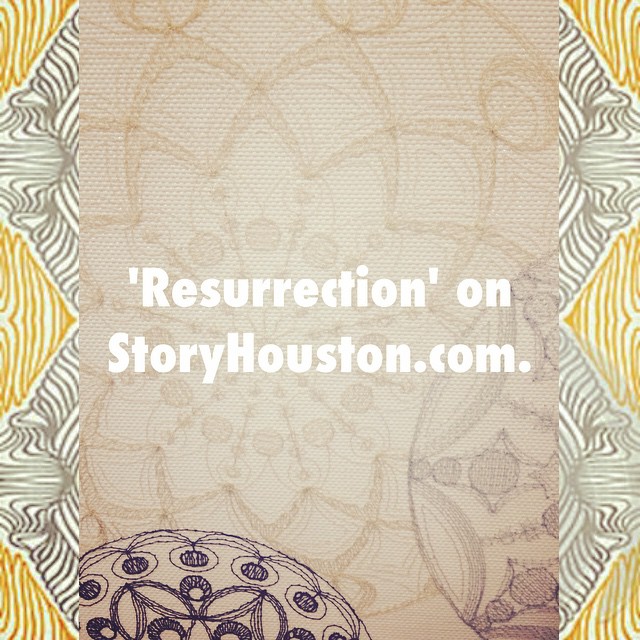 #TBThursday: Published by Story|Houston, this creative nonfiction essay explores memories of my childhood. Sometimes the passing of time helps sort out the confusing joys of an upbringing.

“Annuals were too fake for your taste. They had an artificial quality-a burst of flamboyance and then gone forever. Their blossoms were a little too scripted. But their alternative-the perennial-tested all of what was supposed to be substantive and eternal.